I consider myself a programmer, and to perform this task I rely on a set of tools. I need a text editor, compilers and/or run-times, build-systems, code repositories, documentation, and sometimes even an IDE. Since the late 80s my text editor of choice has been Emacs (and Aquamacs on OS X), but I am also comfortable with vi (including Vim) and ed. Currently, I am investigating time in newer text editors, like Sublime Text (writing editor plugins in Python should be fun) and Chocolat, but we are not close friends yet (but I will spend more time with subl to see how our relationship evolves). More on these tools later.

When programming, the code is viewed in a text editor (or IDE) in a font (the size and style of a particular typeface). The default fonts for most code editors are OK, but we can do better than OK. On OS X I have tried and used a lot of different fonts for coding. Since yesterday my preferred font for coding Python was Menlo Regular 13 (also used by Xcode): 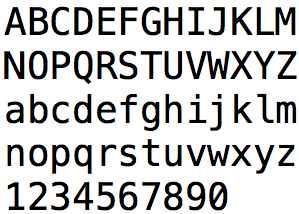 I believe Apple's Menlo has evolved from DejaVu Sans Serif Mono (common on Linux) and Bitstream Vera Sans Mono. Previously, I used Monaco Regular 12, but I switched to Menlo since I find it less noisy. Yesterday I came over this announcement of the open source font Source Code Pro from Adobe (via Daring Fireball): 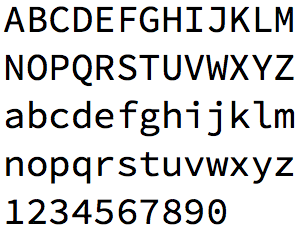 Now I have used Source Code Pro Regular 13 for one day programming in Python, and it is too early to conclude that the font is a good coding font option for me. My first impression is good. The font has a lightness to it that I like, and it is readable and clean. I will use it for a few more hours and then conclude if it should replace Menlo Regular 13 as my preferred coding font. I might even end up using different fonts depending on programming language and text editor. However, I recommend that you download and try this new open source font from Adobe.

Adobe also have other open source fonts available, including Source Sans Pro (revise and hosted on GitHub) and Kenten Generic.

Update 20140721: Other interesting coding fonts are Inconsolata and Fira Mono (from Mozilla's typeface Fira). This is Inconsolata: 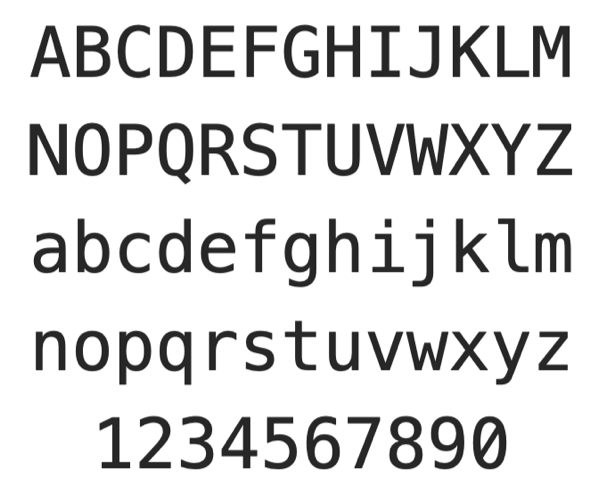 And this is Fira Mono (Regular): 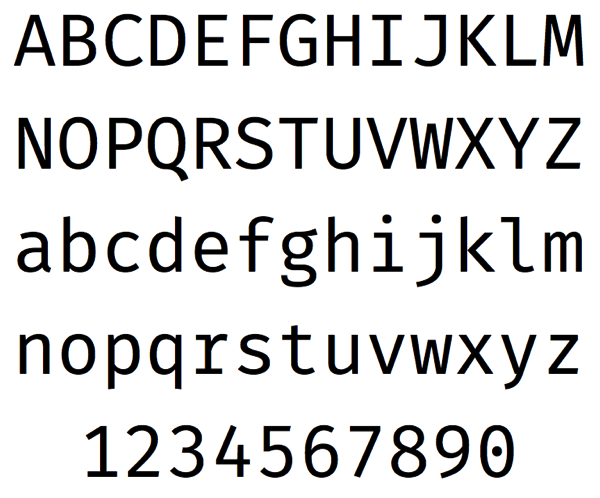 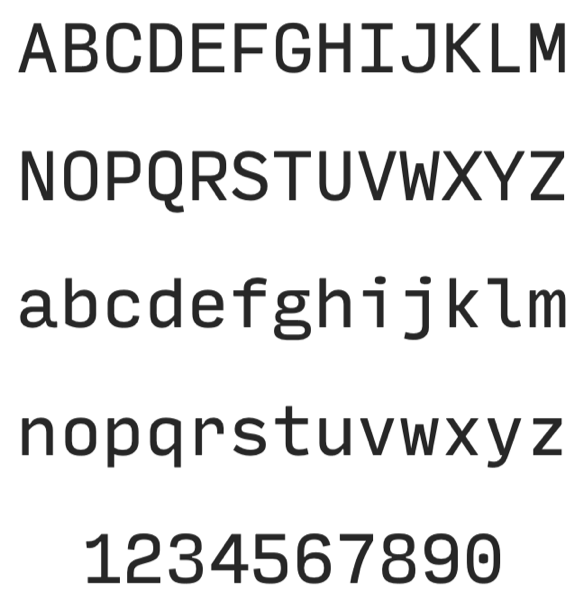 Input is a flexible system of fonts designed specifically for code by David Jonathan Ross. It offers both monospaced and proportional fonts, all with a large range of widths, weights, and styles for richer code formatting.